21st of June with Lawrence Keogh 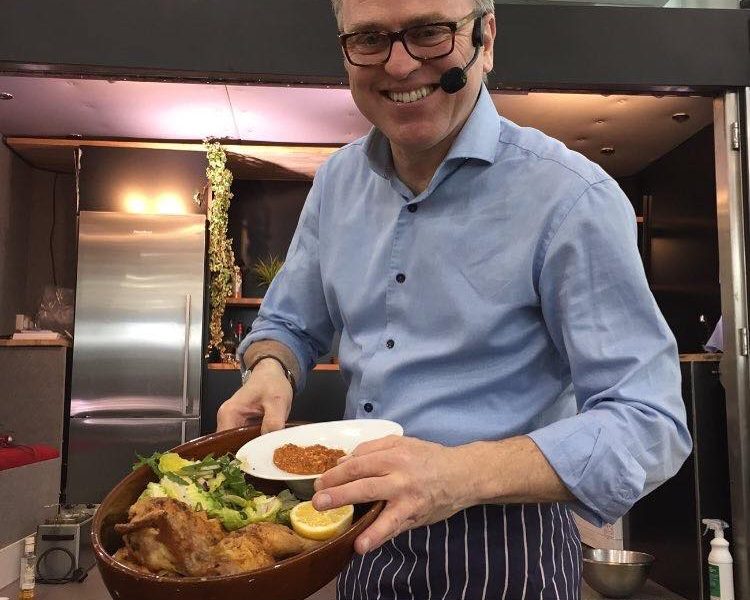 As well as putting together a fantastic menu we will also be raising money for The National Kidney Federation, a cause very close to Lawrence’s heart, expect some fantastic foodie prizes

An accomplished Head Chef who has created, opened and operated the kitchens in some of London’s most prestigious restaurants in recent years. In addition to my restaurant work, I have made numerous TV appearances including BBC1’s Saturday Kitchen Live and UKTV’s Food Market Kitchen, as well as radio with Chris Evans on BBC Radio 2. I have hosted many large consumer food shows including the Saturday Kitchen roadshow, BBC Good Food Show Live and Summer Time Kitchen at Hampton Court in 2015. Previously I have been Consultant Chef to British Airways on their inflight food and am a Patron of the National Kidney Federation.

Lawrence has written two books: Food for Life, from which all proceeds went to the National Kidney Federation, and also Rediscovering Food & Flavours: The Kidney Care Cookbook which is available both on the Kidney Research UK website and also on Lawrence’s own website.

In 2013, Lawrence became an Academician member of the Royal Academy of Culinary Arts.  Since joining, he has become actively involved in the Chefs Adopt a school Programme which brings a culinary insight into food technology to children under the age of 16.